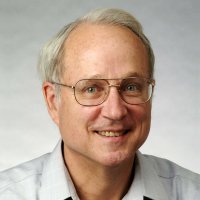 American computer scientist contributing to the development and implementation of distributed, personal computing. Technical Fellow at Microsoft and an Adjunct Professor at MIT. Has worked on computer architecture, local area networks, page description languages, operating systems, remote procedure call, programming languages and their semantics, fault-tolerant computing, transaction processing and WYSIWYG editors. Was one of the designers of the SDS 940, the Alto personal distributed computing system, the Xerox 9700, 2PC, the SPKI system for network security and several programming languages. Received the ACM Software System Award in 1984 for his work on the Alto, the IEEE Computer Pioneer award in 1996 and von Neumann Medal in 2001, the Turing Award in 1992, and the NAE’s Draper Prize in 2004.

We can solve any problem by introducing an extra level of indirection.