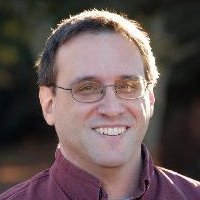 American puzzle & game designer. Functional programming expert. One of the earliest Clojure programmers and the author of several popular open-source libraries. Early VR pioneer, began his career as a researcher at NASA, and then transitioned to computer game development and design at Sierra. Later, worked at RTime, developing lag-tolerant algorithms for multiplayer realtime gaming, and at Rad Game Tools, developing Bink.

Do I really want to be using Haskell, a language where memoize is a PhD-level topic?