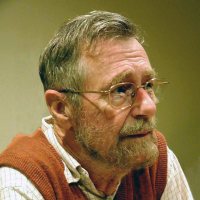 The purpose of abstraction is not to be vague, but to create a new semantic level in which one can be absolutely precise.