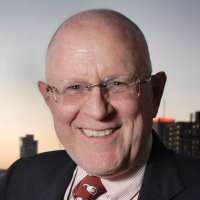 American electrical engineer and manager. An early employee of DEC, designed several of their PDP machines and later became Vice President of Engineering, overseeing the development of the VAX. His later career includes entrepreneur, investor, founding Assistant Director of NSF’s Computing and Information Science and Engineering Directorate, and researcher emeritus at Microsoft Research.

The cheapest, fastest, and most reliable components are those that aren’t there.