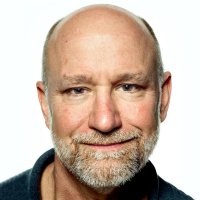 American software engineer and one of the key people in the history of Berkeley Software Distribution UNIX and Open Source software. In 1986, joined the CSRG at the University of California, Berkeley. Was one of the principal architects of several Berkeley BSD releases. Among many other tasks, led the effort to create a free software version of BSD UNIX, which helped allow the creation of FreeBSD, NetBSD and OpenBSD.

Perl – The only language that looks the same before and after RSA encryption.