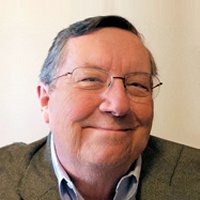 American programmer and the author of several bestselling books. Widely recognized expert on computer programming. Has written numerous articles and columns on computer topics, and was the editor of Compute!. Writes occasionally for DevX.com and created much controversy with his article OOP is Much Better in Theory Than in Practice. Has authored or co-authored more than 44 books. Overall, his books have sold more than 500,000 copies worldwide and have been translated into 12 languages.

Object-oriented programming is to writing a program, what going through airport security is to flying.