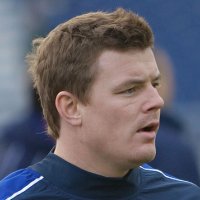 Irish former professional rugby union player, regarded as one of the greatest rugby union players of all time. Registered at University College Dublin R.F.C., played at outside centre for the Irish provincial team Leinster and formerly for Ireland. Captained Ireland from 2003 until 2012, and captained the British and Irish Lions for their 2005 tour of New Zealand.

Knowledge is knowing that a tomato is a fruit; wisdom is knowing not to put it in a fruit salad.