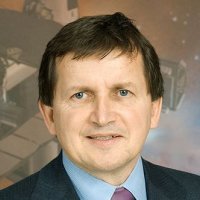 Hungarian-born American computer programmer, businessman and space tourist. Created the first WYSIWYG Word Processor at Xerox PARC which transformed how we create documents. In 1981, joined Microsoft where developed the Hungarian notation for naming variables. Oversaw the creation of Microsoft’s flagship Office suite of applications. Now heads his own company, Intentional Software, with the aim of developing and marketing his concept of intentional programming. Became the fifth space tourist in April 2007 and made a second trip to the International Space Station in March 2009.

It is only a slight exaggeration to say that every good comment in a program represents a small failure of the language.