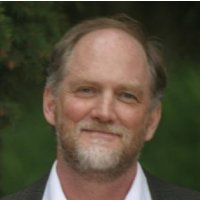 American veteran entrepreneur and analyst in digital media, currently chief product officer at BIA/Kelsey. Cofounded BuzzLogic, where led the development of a patented social influence analysis system. Was Director of Global Digital Business Process at Hibu and Lead Senior Program Manager at Microsoft Bing and Technet/MSDN. Was on the founding executive team of ON24 and represented SoftBank Capital on the board of directors of Match.com from its founding in 1996 through 1999. Advised Audible.com, MyDigs, Earthweb, Technorati and many other early-stage firms.

A computer lets you make more mistakes faster than any invention in human history, with the possible exceptions of handguns and tequila.