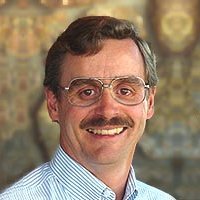 Early-adopter of C++ in 1983; influenced the language design. Recognized authority in the field of object-oriented programming. His work at Bell Labs resulted in the creation of the first major system programmed in C++ --- a family of portable distributed debuggers which remain in production use and continue to evolve within AT&T today. Author of C++ Programming Style. An independent consultant since 1989, works with Lone Eagle Systems on Java and object-oriented design issues.