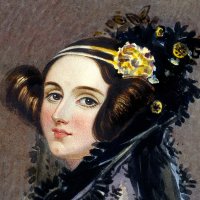 I don’t wish to be without my brains, tho’ they doubtless interfere with a blind faith which would be very comfortable.